Happy Mid-Autumn Festival! To me, store-bought mooncake is like the fruitcake of the East- a traditional holiday dessert that really no one loves to eat. But five years ago, Felicia and I bought our mom a set of mooncake molds for Christmas and a delicious, new family tradition began.

Over the years, we’ve experimented with making fresh red bean walnut, black sesame, matcha, and even chocolate mooncake variations. But our favorite flavor for the past two years has been taro white bean and so that’s what’s finally making it onto Pancake Yancake! Also of note, this recipe uses neither alkaline water nor golden syrup. Traditional recipes may use alkaline water to produce that deep, golden color and golden syrup to produce a pliable dough. Baking soda and maple syrup are ingredients our family usually has on hand and they work just fine. 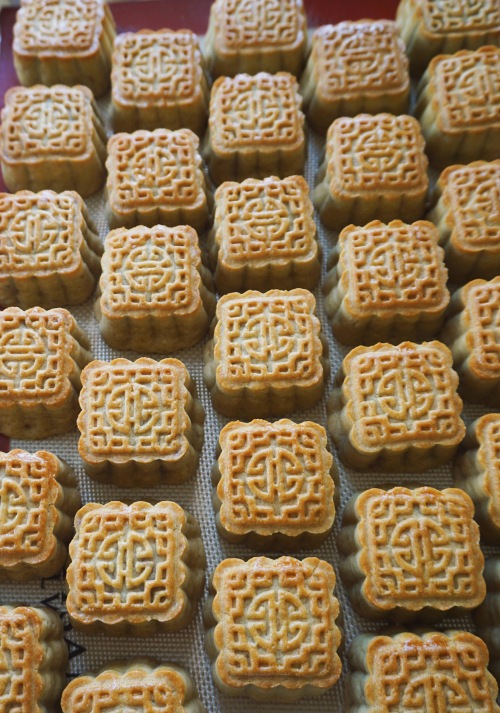 For the taro filling

For the egg wash

*To cook taro: Cut off skin, cut in cubes, boil for 10-15 minutes or until pierces easily with a fork. Drain. Of note, raw taro can be irritating to skin so wash hands after handling.

**To cook beans: In an Instant Pot or pressure cooker, add beans and 1 cup water. Cook on “beans/chili” setting or until soft. Drain.