Today was our catch-all day. The itinerary, drive from Jasper back to Calgary and stop at whim along the way.

We ate breakfast at Bear Paw Bakery. The line was backed up to the door but moved quickly. We chose raisin bear paws and sausage pastries for now and the ham and cheese-stuffed Great Canadian loaf and raspberry white chocolate scones for later.

From Jasper town, we commenced onto Icefields Parkway. It’s a famously scenic drive and there were plenty of lookout points along the way.

Now is where the snow of “Of Snow and Sun” comes in for today’s theme. We hiked up Wilcox Pass just far enough to see pillowy white snow. After coming back down and taking a snack break by the car, we spotted three tiny figures who had made it all the way to the top. We watched them amusedly for a little while and then to our surprise they started skiing down the slope! 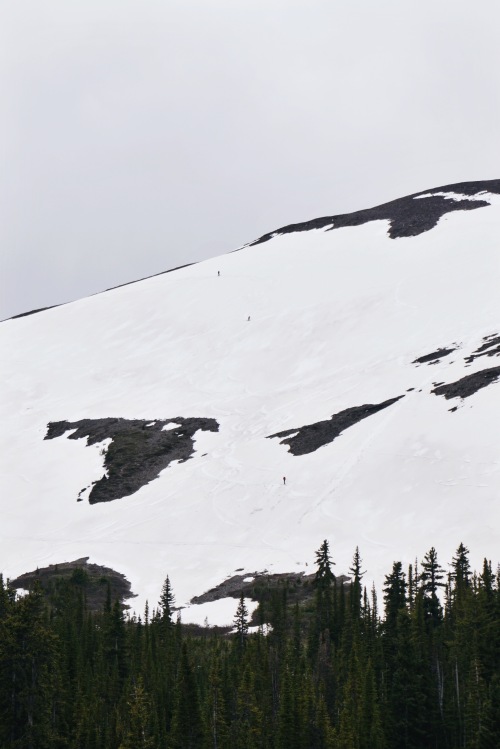 Dad did all of the driving up till now so to give Dad a break I took over the wheel. On Day 1, I was giddy to spot a chipmunk, on Day 2 amazed by grizzlies, on Day 3 delighted by deer, and today while I was at the wheel, we saw a herd of big horn sheep!

It was well into the afternoon by the time we were back in Banff territory. We busted out our baked goods from Bear Paw Bakery and had linner by Bow Lake. Meanwhile, the clouds made way for blue sky and sunshine, hence “Of Snow and Sun.” Crystal also collected a few rocks to take home. 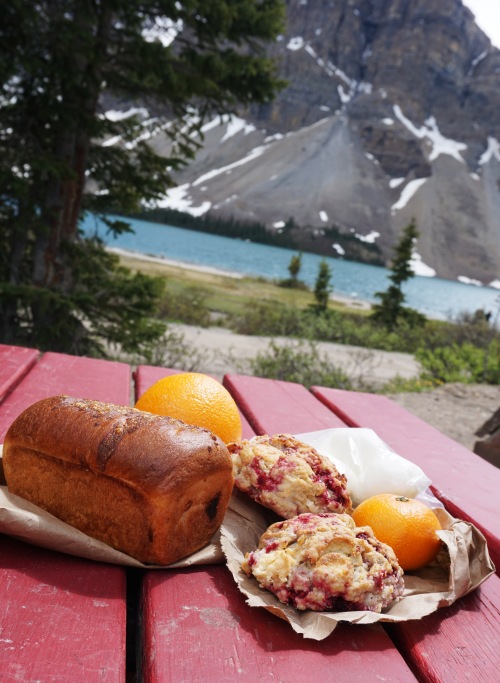 Lake Louise was another highlight of the trip so I put in the vote for a re-visit. Mountain weather is unpredictable. It was forecast to be miserably cold and rainy today, but we lucked out with rain that only lasted while we were driving and clear skies by the time we stepped out. It was sprinkling when we arrived at Lake Louise, but that transitioned to a rain shower and once again blue skies. 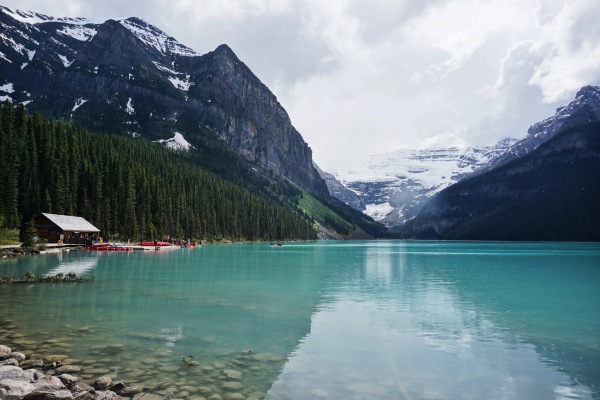 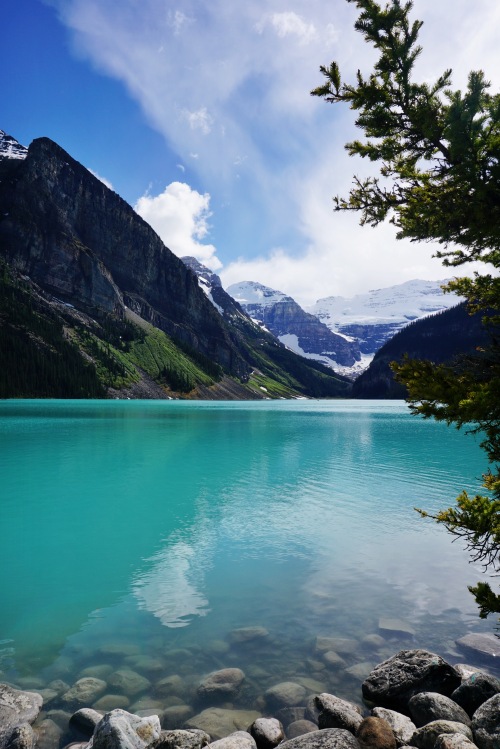 It was a long day of 5+ hours driving but the sights along the way made the drive easy peasy. Even better, the end of a long day was met with homemade fresh-fried peanuts and dumpling dinner.