It’s easy to take what we have for granted. This past Memorial Day, was a welcome reawakening towards the city I’ve called home these past two years. Crystal and I spent a half day showing our friend Jenny around Miami and in just that short staycation, I rediscovered what I had taken for granted.

Meeting up at noon, what choice did we have but to start off the day with brunch? Jenny had spent her weekend on South Beach in the chaos of Urban (a hip-hop festival), so to show her the small town side to Miami, we decided on Glass & Vine (thanks Ellie for the rec!), an open-air restaurant set in the corner of Coconut Grove’s Peacock Park. We munched on crispy guava bacon slices, yucca fries, silky coquito french toast, and cauliflower baked eggs. 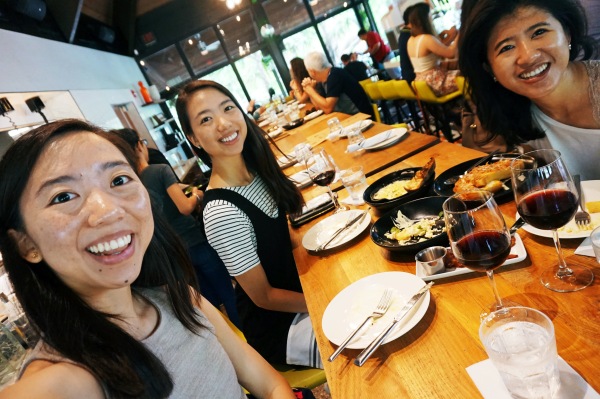 The weather the past week had been uncharacteristically wet and dreary thanks to Storm Alberto. But so far the weather was holding out, so we set our sights on Wynwood. One wrong turn along the way made for the highlight of my day, a slice of Penn in Miami! Jenny, Crystal, and I all went to Penn for undergrad, where the LOVE statue and “Tampons” are campus icons. 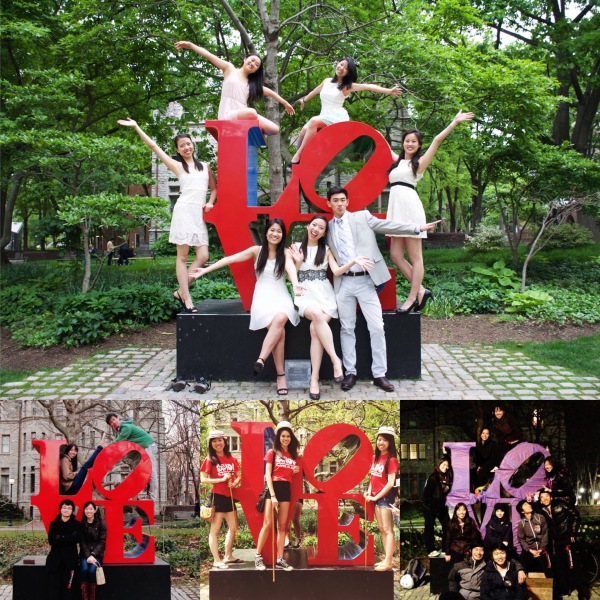 Clearly, the LOVE statue received more love over the seasons and years, but the “Tampons” was no less an integral part of the landscape. Meet you at the Tampons! There’s a phrase no Penn person would do a double listen at but turns out the actual name of the piece (which we only Googled now two years post-graduation) is the Covenant, built in 1974 and designed by Alexander Liberman. Liberman was a Russian-American artist who served as Condé Nast’s editorial director for thirty years and passed away in Miami in 1999.

After spotting Miami’s versions of these icons literally within a block of each other, we couldn’t not pull over and snag a few photos. 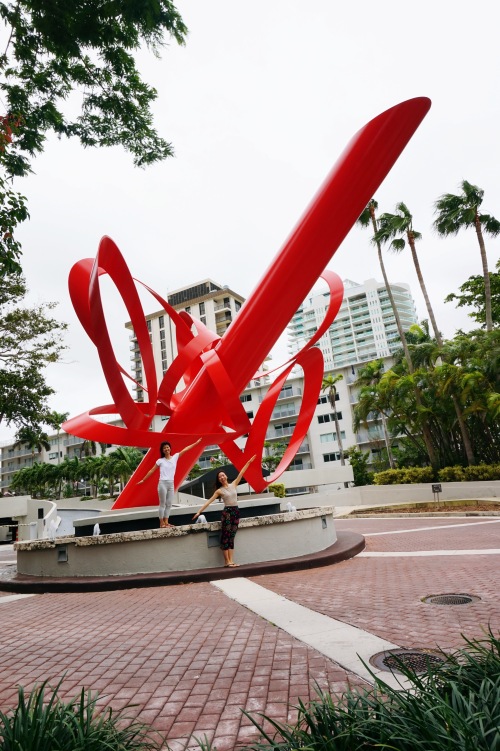 When we got to Wynwood, Miami’s gentrified graffiti art neighborhood, we found provoking new installations, like “Trump’s Wall” and old-timers like Kenny Scharf’s cartoon mural which was painted in 2011. Fitting right in with the day’s theme of Penn in Miami, turns out it was also in 2011 when Kenny Scharf painted a similar mural in Philly right above Graffiti Bar, a bar that we frequented during our Penn years for fish bowls and pork belly bao buns.

We were going to grab a snack at Salty Donut but were salty when we realized they close on Monday’s. We opted for another quintessential Miami eatery, Versailles. A couple of guava and cheese pastelitos and a cuban coffee later, we were off to our next stop, the aquarium! Well technically the Frost Museum of Science, but let’s face it, I only really go to admire the creatures…

Crystal and I went back and forth on where to go for dinner. Try something new off our endless list or revisit a classic? In arguably our best intentional choice of the day, we went with the latter and chose CVI.CHE 105. The last time we came was nearly five years ago! I can’t believe it took us so long to come back; the food was insanely good (it didn’t hurt that we had a cute waiter) and it only came out to twenty bucks each! Also major props to their menu writer. For instance, we ordered the Misti for dessert which was a combination of three desserts layered into one. One of the layers was the Suspiro Limeño, which on its own was described in the menu as a “renowned dessert of Peru, beautifully smooth with a cinnamon scent, seductive and leading us to the happiness we deserve.” Lead us to happiness, it did. 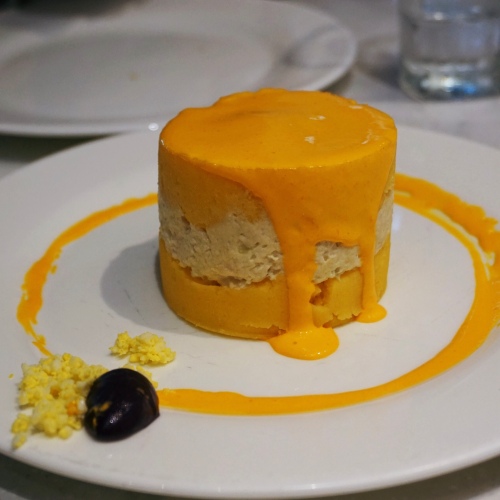 Stuffed with incredible food, we were fortuitously within walking distance of home so moseyed along the bay that way. The sun was setting, the skyline was coming aglow, and the breeze was wrapping its arms around a marvelous reawakening. 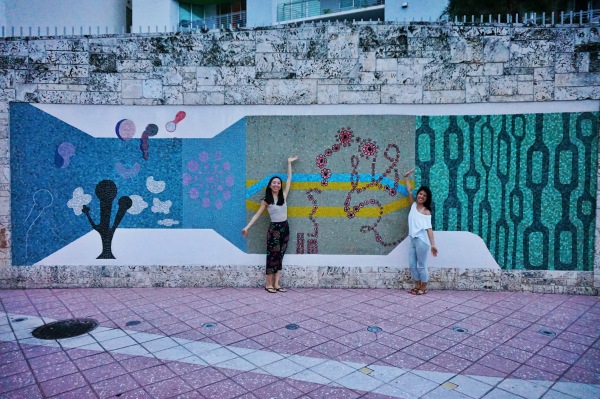 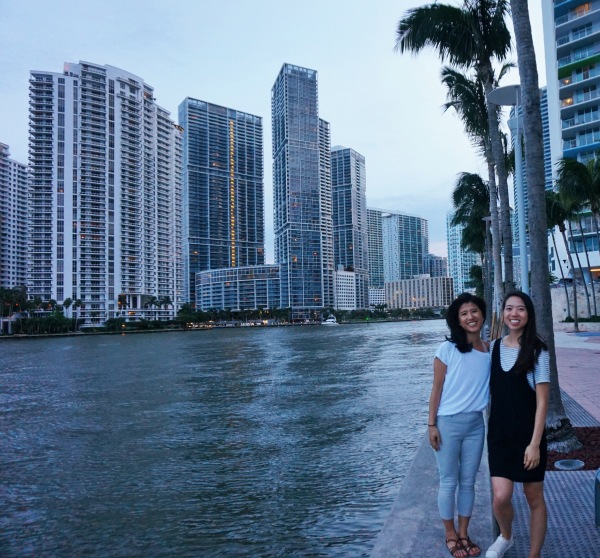