I for sure take the mild Miami winters for granted, but there’s just something magical about frozen holidays up North that can’t be replicated here. As an undergrad at Penn, I used to take the bus to NYC every holiday season. The dazzling lights would dance across my retina, triggering the holiday happiness centers of my brain. The festive buzz would vibrate through my bones, warming me from the inside out. So when Crystal and I found cheap plane tickets to NYC this year, a combination of nostalgia and impulsivity got the best of us, and we were set for 24 hours in the big apple!

For our literal 24-hour trip, little did we know we’d be greeted with 24 degree weather, but as a couple of Miamians, we were psyched to embrace the cold as a relative rarity. We stepped out of the airport in a flurry of light snowfall and the next morning the Queens landscape had been transformed into a white wonderland.

Metro-ing into Manhattan, our first stop was Dominique Ansel Bakery for breakfast and Crystal’s SAVEUR photoshoot. 😛 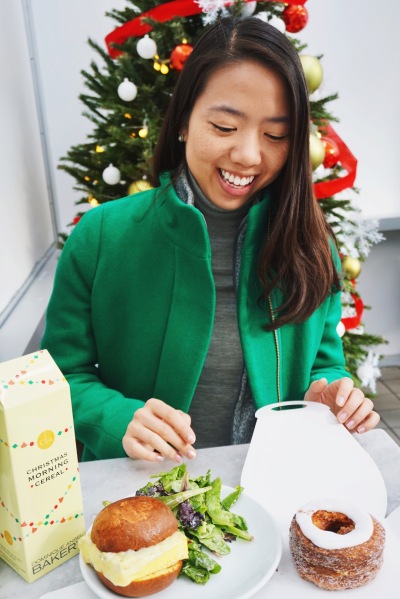 A few blocks away, Georgetown Bakery was just opening shop for the morning so we snagged their “Cupcake Cam” secret flavor freebie: Chocolate Peppermint Ganache. 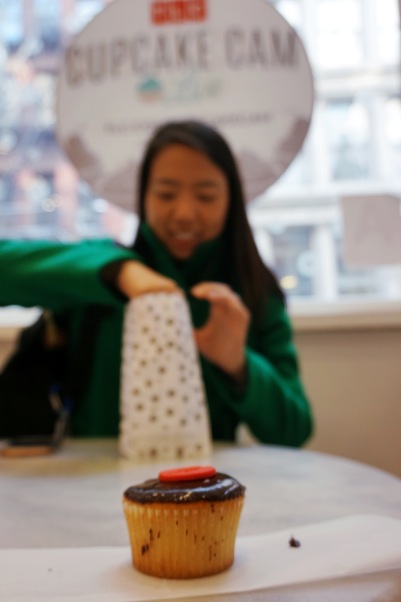 Another perk about visiting NYC is that we can easily meet up with friends in the area. Thanks Renyao (and Google) for lunch! ^_^ 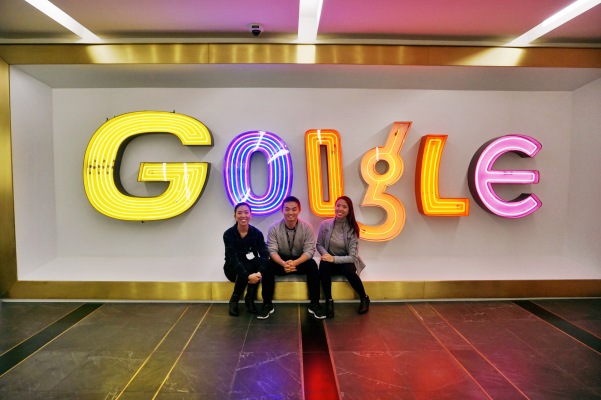 After munching our way through several floors of Google cafeterias, we were off to explore the holiday displays, starting with the flagship Macy’s and continuing onto 5th Ave, where we got on a first name basis with Patience and Fortitude at the New York Public Library, strutted alongside squirrels and enchanted snow globes at Lord and Taylor, and joined in the celebration of Snow White’s 80th anniversary at Saks Fifth Avenue. 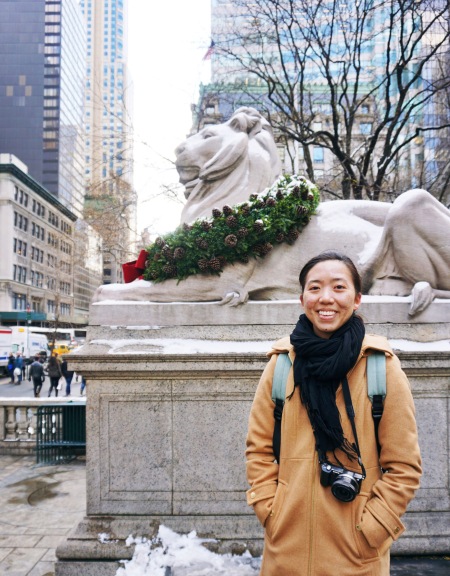 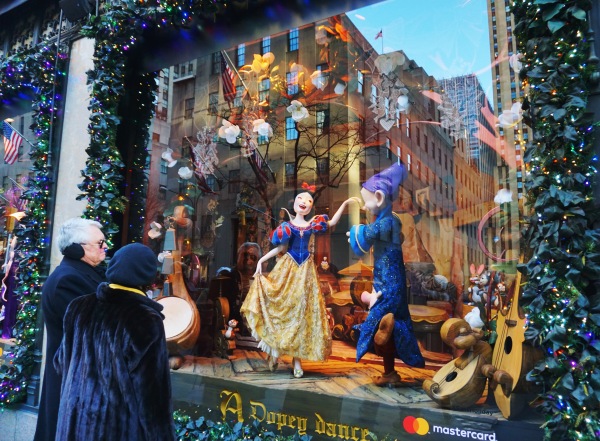 And then for the very icon that I was most excited to see, the Rockefeller Tree! 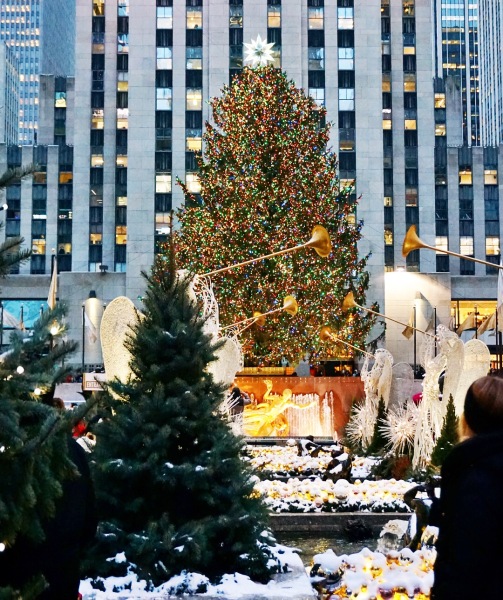 After a socially acceptable break from eating, we patroned bakery #3 of the day, Magnolia Bakery. We had gone 3 years ago so knew just what we wanted to get this time around, too. 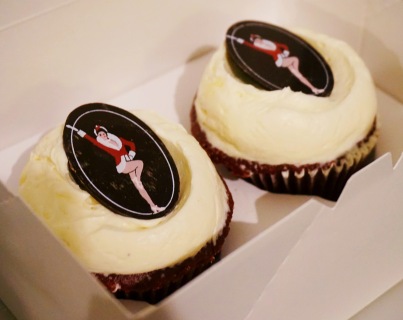 Luckily for us, Ippudo was only a few blocks away so we could warm our bellies before re-embracing the below freezing temperatures. 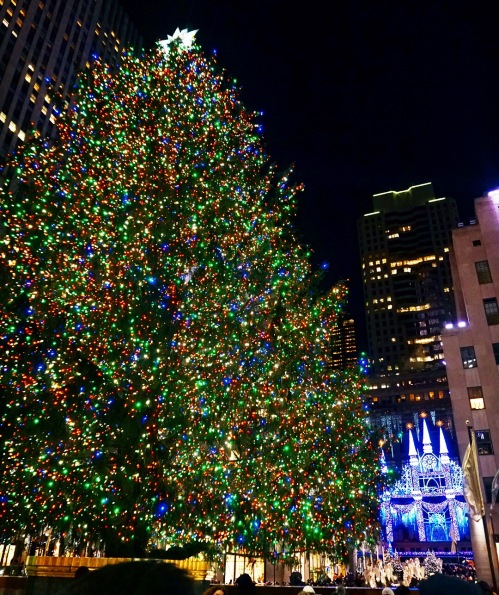 Also home to a spectacular tree, Bryant Park Winter Village was zipping with ice skaters (just watched the first three episodes of Yuri On Ice and retrospectively wish I had joined! Next time..) as well as folks perusing the holiday market (/stall hopping to dodge the cold). 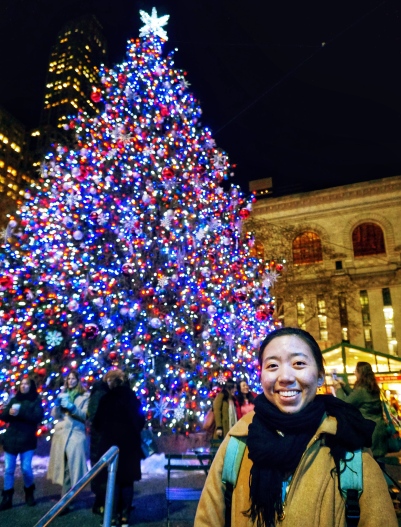 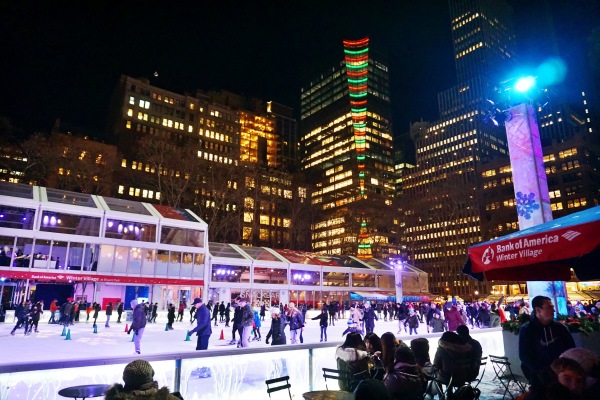 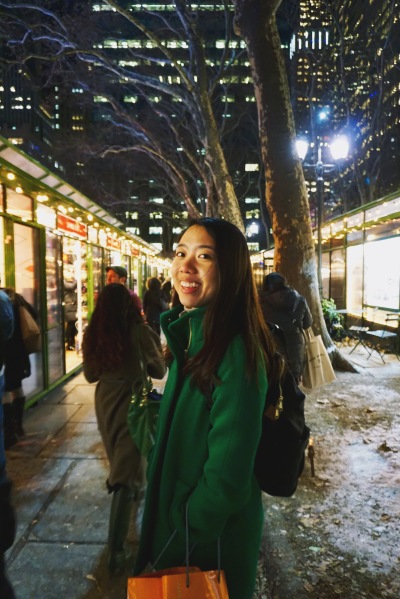 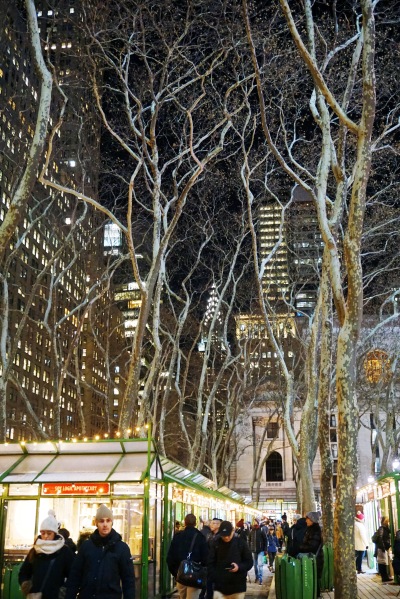 From the edge of Bryant Park, we were drawn like flies to the auroral lights of Times Square, where we could catch the yellow and green lines to the Upper East Side and catch up with our friend Angela. 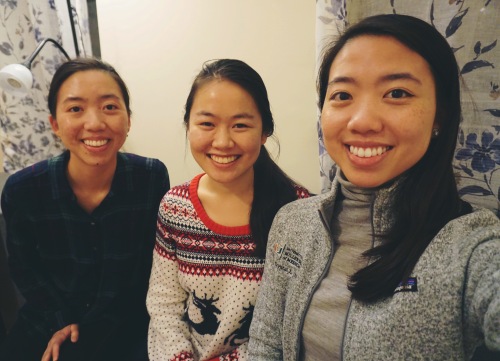 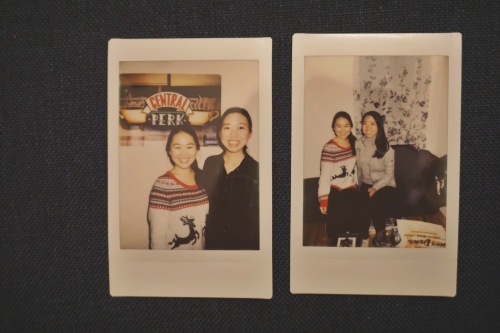 We had touched down in La Guardia at midnight Thursday but already by midnight Friday, we were back on the jetway and Miami-bound. It’s not even been 2 days since our trip but already I’ve willed my sleep-deprived self to a cookie exchange, re-watched Frozen for the umpteenth time, and decked out my apartment (TV-monitor-projected-Yule-log-YouTube video and all) for “Froliday” dinner. It’s safe to say I caught the holiday bug in NYC, and I wouldn’t have it any other way.