I had made a combined Philly+NYC bucket list last year, although it was pretty short at just six items long. But even at that, I only managed to make it through half of the list! Being that I’m now going into my senior year of undergrad at Penn (which is conveniently only a 2-hour bus ride from NYC), I’m on much more of a time crunch to hit up all of the places I’ve been bookmarking! I’ve got an entire folder on my bookmarks bar devoted to NYC eats, but here I’ve trimmed that lengthy collection down to a much more do-able assortment of both sweet and savory. Pretty much all of my NYC trips revolve around the food, but there are also a few things on my to-do list, which I’ve also added here. So now that I’ve got it all written down, all I have left is to time-manage and get it done!

This was one of the places on my Philly+NYC bucket list last year that I didn’t get around to, mainly because it’s a bit out of the way in Williamsburg, Brooklyn. But with the Smorgasburg waterfront market and Motorino (a pizzeria a little further down on the list) also in the neighborhood, I think I’ll make a whole itinerary in the area! At this 8-seat patisserie, you literally have a front-row seat in the sweets kitchen of Tomoko Kato, formerly the executive chef of Cha-an Teahouse (also on this list!) before she started this business of her own. So for $16, you get three courses of the best of both worlds; you get to watch food being artfully prepared and you get to eat it, too!

Goat milk soft serve sounds exotic enough, but Victory Garden takes it a step further with worldly daily flavors like stewed apricots & Persian saffron and Greek thyme & olive oil. If even that’s not enough to have you hooked, Victory Garden promises fresh, local ingredients from sustainable family farms and offers a BOGO 4-7pm happy hour on Fridays. Sounds to me like a win-win-win.

You can’t really tell from the photo on their website, but one Yelp search later and you’ll see that the inside of Levain’s chocolate chip walnut cookies are just oozing with tons of chocolate chips! Advertised as “thick and gooey but crisp on the outside,” these 6-oz. cookies are far from fancy or exotic, but there’s just something about a warm, classic cookie that’s too inviting to pass up. 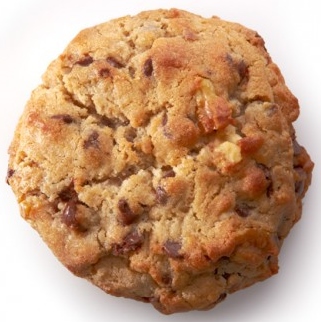 According to Snowdays, their shaved cream combines the “fluffy texture of snow with the taste and creaminess of ice cream.” Inspired by Taiwanese and Korean shaved ice, their shaved cream comes in flavors and with toppings that also reflect Asian influences; base flavors include roasted black sesame and green tea matcha, among others, while toppings include Pocky sticks, mochi, grass jelly, and red bean, among others. In fact, Snowdays first got on my radar when I saw my friend Donna’s Instagram post of the Made in Taiwain combo (green tea matcha shaved cream, grass jelly, mochi, condensed milk). Now I wanna eat this and Instagram it myself!

With a whopping $85 price tag (not including the $35 drink supplement), this ultimate dessert experience is a reach, but hey one can dream right? Dominique Ansel’s Cronut-sparked empire has fully ignited this year with Dominique Ansel Kitchen having opened this past April and Dominique Ansel Bakery’s Tokyo location having opened this past June. Its inaugural weekend having been this July 17-19, however, the U.P. (Unlimited Possibilities) after-hours dessert-only tasting experience is the most recent of Ansel’s envelope-pushing creations.

Since realistically I probably won’t get to try the U.P. menu, this burrata soft serve with homemade honey tuile cone from Dominique Ansel Kitchen will be my consolation!

While self-characterized as a teahouse, this 2004 East Village establishment offers much more than just tea, from dainty desserts to complete meals. Most enticing to me are the two prix fixe menus, the Kayu set and the Kago set, as well as the lunch special. At $20, the Kayu set includes seven-grain rice porridge served with five toppings plus a daily side dish and dessert. For $4 more, the Kago set consists of soup, tofu+seaweed salad, two daily side dishes, tea-smoked salmon, seven-grain rice, and dessert. Both have a $5 tea supplement. Thirdly, at just $13, the Daily Donburi Lunch Special comes with a Donburi seven-grain rice bowl plus a daily side dish, pickles, and Genmai tea; add a mini dessert for $3. With so many good options, a meal at this serene, traditional Japanese retreat would be the ideal complement to a day spent in bustling NYC.

Food Network is definitely my most-watched TV channel during school breaks, but it was only until this summer that I watched its show Beat Bobby Flay for the first time. While I previously knew of Bobby Flay as a grill expert and food authority from his appearances on Iron Chef America and The Next Food Network Star, I honestly wasn’t really that big of a fan. But watching him cook impromptu against other chefs in their signature dishes on Beat Bobby Flay converted me big time. This guy is a serious food master (and funny too)!! On the show, he mentioned cooking at Gato, his Spanish-influenced Mediterranean restaurant in NoHo, and after looking at the menu, I was wide-eyed over dishes like “Artichoke heart, quail egg, sea urchin” and “Piquillo filled with raw tuna, saffron sauce.” Dining here is one food adventure I do not want to miss!

Originally founded in Williamsburg, Brooklyn, this Neapolitan-style pizzeria has expanded not only to its Manhattan neighbor of East Village but also to the far reaches of Hong Kong, Singapore, and Manila! Being an NYC bucket list, I couldn’t not include pizza on the list, and intrigued by its marked presence in Asia and its consistently rave reviews in the online community, I’m convinced Motorino is just the place to take that spot. Plus, with a $12 personal pie + salad prix fixe lunch option, how can I resist? 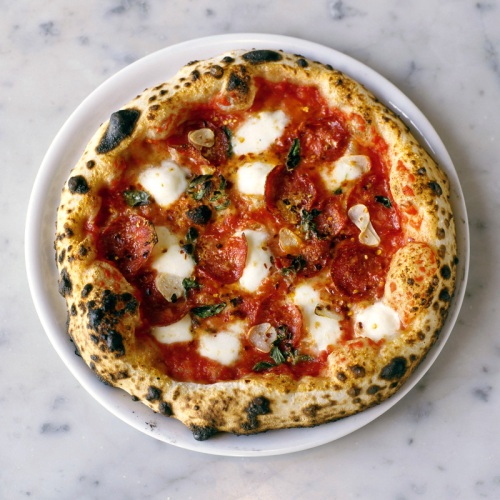 9. See Misty Copeland in On The Town

I love Broadway and I love ballet, so seeing this inspiring ballerina in this Broadway musical is the perfect fit! In fact, I already bought my tickets!!

Photo by On The Town

The last time I went to Central Park was two years ago, and it was raining. I was with a group of four friends, and we were in the area after seeking out Lady M’s green tea mille crepe cake at the Plaza Food Hall. We could see the edge of Central Park from there so decided to take a stroll inside, but because of the rain, we only made it as far as the zoo before turning back. So really, that visit wasn’t much of a visit at all. I’ve always fancied the idea of a picnic on the Great Lawn of Central Park, but this weekend guide from The New York Times has some other great ideas, too!

Photo by Piotr Redlinski for The New York Times