Today’s itinerary was one of the ones I was most excited about because I had something specific to look forward to, the Alhambra. This was one of the few attractions for which we had been advised to book admission tickets ahead of time. (Good thing too because although we purchased our tickets well in advance, all of the tickets had been sold out for literally all the dates before ours!) In the process of doing so, I had done a little bit of reading on the place and had some idea of what to expect.

Designated as a UNESCO World Heritage Site in 1984, the Alhambra (meaning “the red” in Arabic) is a palace and fortress built by Moorish rulers of medieval times. While Spain’s long history with the Moors of neighboring northern Africa has produced other palaces, mosques, and Moorish settlements on Spanish soil, the Alhambra is famous for being in Granada, the last Moorish strong-hold before they were completely defeated by Spain’s Catholic monarchs.

We had to dash from the bus to the Nasrid Palaces to make our designated entrance time, and while we were just slightly out of breath from the hurry, the views inside the palace were actually breathtaking. In comparison to the also impressive Palace of Versailles which I had visited two years ago, the Alhambra felt much more open, mystical, and exotic. On the inside, the walls were decorated with colorful geometric tiles and extremely intricate carvings that extended all the way to the cavernous ceilings. 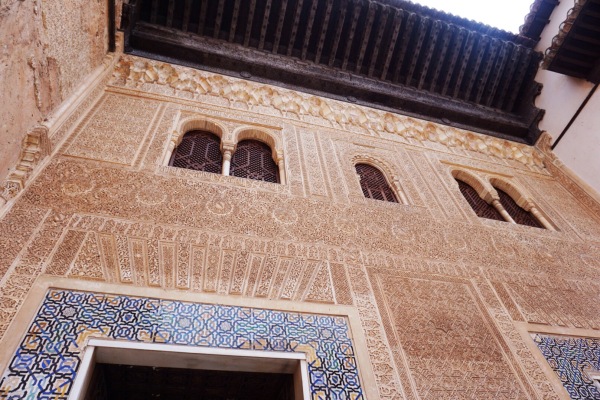 Nearly every room was connected to an outdoor courtyard, energizing the space with ample sunlight and fresh air. Also water seemed to be a common theme as small channels flowed from the rooms into a central fountain. In one of the larger courtyards, small birds nested in the crevices of the stone details, making the palace seem even more in tune with its natural environment. 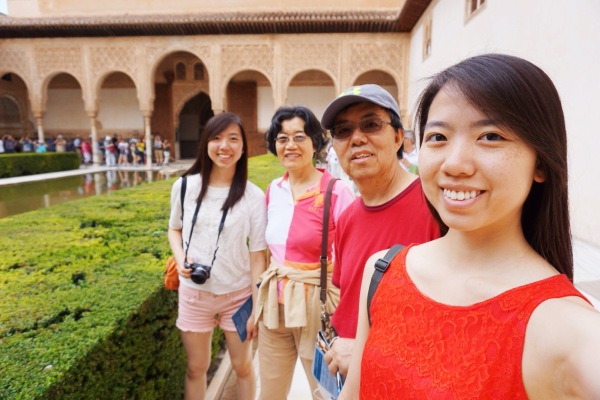 After we finished touring through the palace, we were led into a garden area with more water features, groomed flowers, fruitful orange trees, and budding pomegranate trees.

Food options on the grounds were few, so we grabbed a quick bite before heading to the Alcazaba.

It was here on top of this citadel that we were able to admire the Albayzín district, which was also declared a World Heritage Site in 1984. 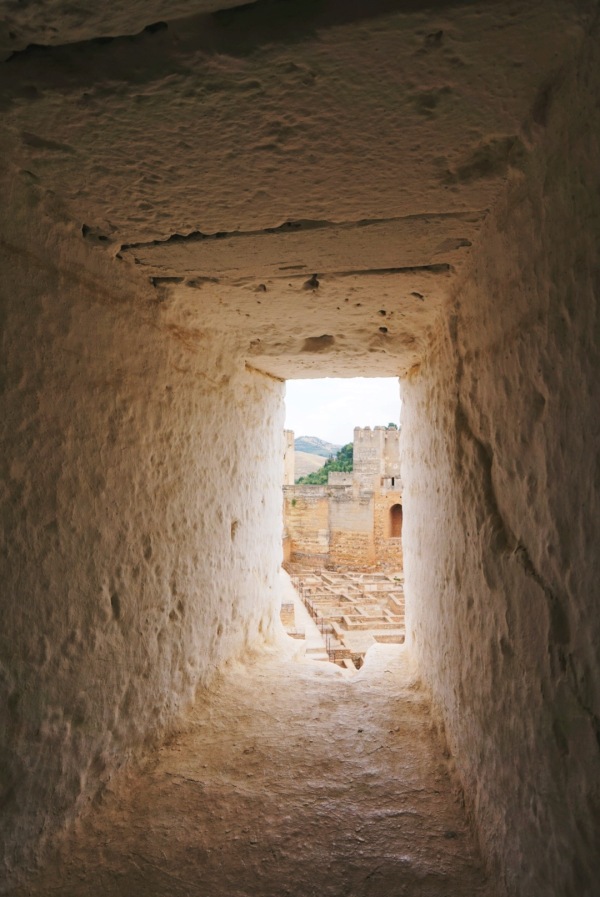 We had seen so many incredible sights at this point, but before our visit was complete, we still had an entire section left to see! This section was the Generalife, which included an extensive garden leading to the summer palace.

A sudden downpour caused us to be stranded for what seemed like fifteen minutes or so under one of the few covered alcoves in the garden. When the rain lightened up, we darted back to the site’s main entrance/exit, unfortunately breezing through the rest of the garden in case the rain started to pick up again. Luckily for us, it had only rained at the tail end of our visit, but the same couldn’t be said for the French newly weds whom we saw at the main entrance in full suit and gown attire, planning to take their wedding photos.

We drove to Málaga next, Picasso’s birthplace and our home for the night. Also fortunately for us, our hotel was just around the corner from a large pedestrian street in the center of the city.

View from our hotel window

Being in a large tour group, opportunities to live downtown are few to none, so we took advantage of this opportunity and stayed out later than usual. On our way to find Picasso’s statue, we spotted the Cathedral of Málaga most notable for its bell tower left unfinished when the funds ran out.

Nearby Picasso’s statue was the Museo Casa Natal, Picasso’s Birthplace Museum, and since it was free for students and the entrance fee plus audio guide was a nominal 2 € for adults, we decided to go inside where we toured a small collection and the house where Picasso was born.

Adapting to the Spanish lifestyle, we held out till 8:30 PM for a streetside dinner of tapas and sangria.

Then, to work up our appetite for Málaga-flavored ice cream later, we raced against the sunset for a panoramic view of the city. It was a pretty steep hike at parts, but the city and ocean view was plenty rewarding. Plus, along with the beautiful hues of the sunset, we even spotted a rainbow! 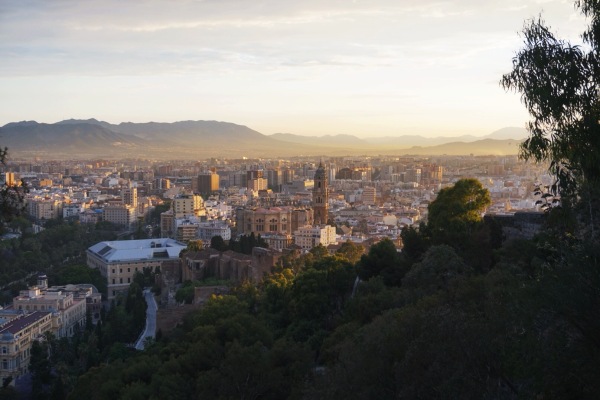 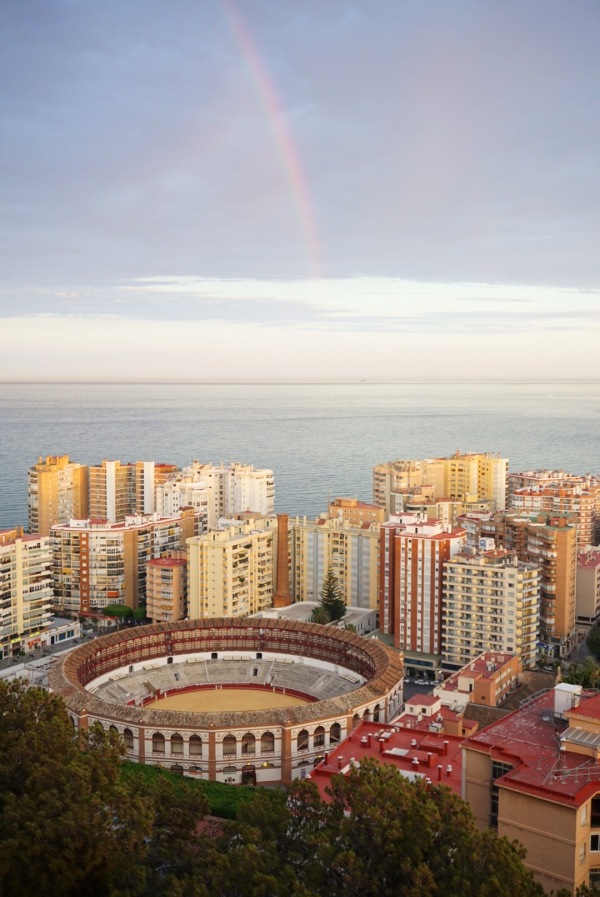 And finally, a sweet ending to a truly spectacular day.