Having spent the past two days in Barcelona, today was the day we joined a Chinese tour group for a 7-day loop through Spain with one day in Portugal. I never participated in a large, multi-day type of tour group before, so I had my reservations at first, but the experience was great! So great that having completed the company’s “Yellow Line,” I have my sights set on their Eastern European “Blue Line” next!

Generally, the format of each day consisted of buffet breakfast at 7 AM followed by a sizeable 400 km drive to the next city on the agenda. The time spent on the bus was delegated to resting and listening to our tour guide introduce the upcoming city’s history, points of interest, culture, food, etc. Unlike usual tour groups in which you follow a guide from Point A to Point B, our twenty-something-year-old NBC (Netherlands-born Chinese) guide, Geno, would share his knowledge with us before we got off the bus so that when we arrived at the main attraction, plaza, or square, we were free to go off on our own and explore at our own pace.

On average, we spent about 4-5 hours driving each day, but our time on the bus was thankfully quite comfy. We were lucky to ride a new Mercedes-Benz charter bus complete with faux wooden floors, black leather seats, adjustable curtains, and convenient seat pockets. 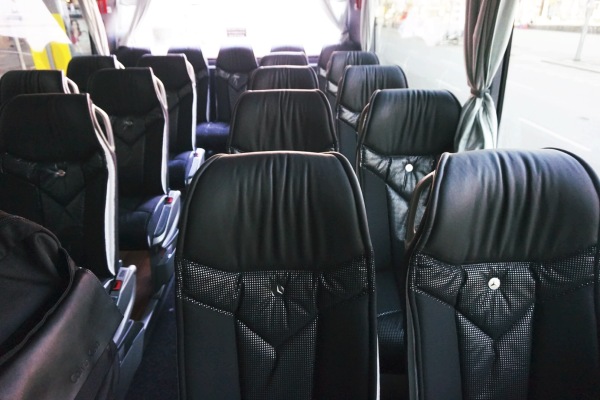 I really was impressed by this tour company but before I turn into their sales person, let’s discuss today’s sightseeing! Starting in Barcelona, we passed endless groves of orange trees upon our arrival to the city of Valencia. Our bus driver dropped us off along what used to be the Turia River flowing through the city till severe flooding prompted city officials to drain and reroute it. Our guide then led our group of roughly thirty on a ten-minute walk to a central area with a large church, market stalls, and countless eateries. 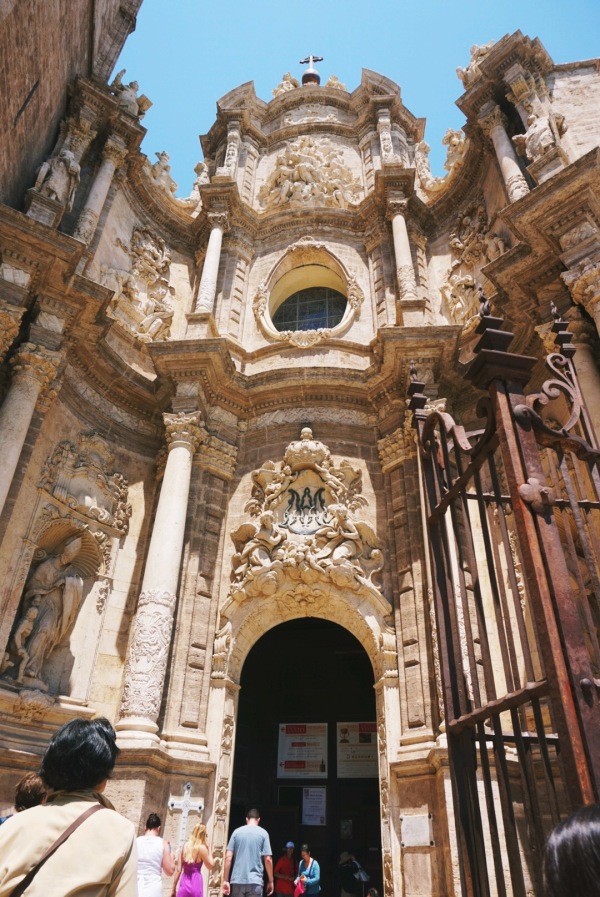 We were allotted about two and a half hours in the area, during which time our guide suggested we have lunch, specifically chicken paella. Although seafood paella is more stereotypical of Spanish cuisine, chicken paella supposedly originated in Valencia as a poor man’s dish before it was adapted for tourists. He also insisted that we try a glass of horchata, a cool, sweet beverage made from tigernuts. And so for lunch, chicken paella and horchata it was! 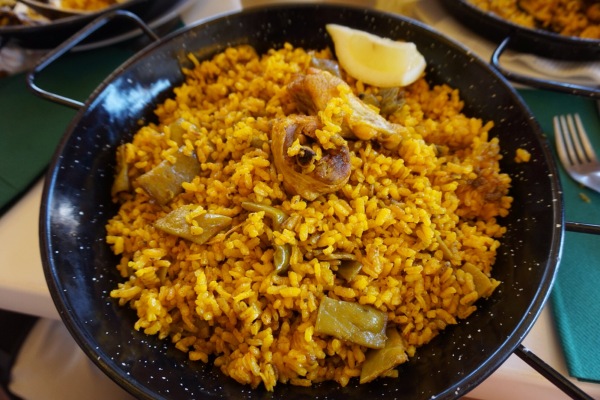 After lunch we meandered through the market stalls, glanced inside the church, took in the beauty of the main plaza, shared some frozen yogurt, and strolled through the small streets where we happened upon a mini grocery store. Having already checked chicken paella and horchata off the list, we added to that Valencia oranges. Our guide had previously explained that all Valencia oranges were designated with a rating 1-5, 1 being the most superior in quality. The oranges at this grocer were unmarked, however, so we just went with the largest, juiciest looking ones to take with us on the road. 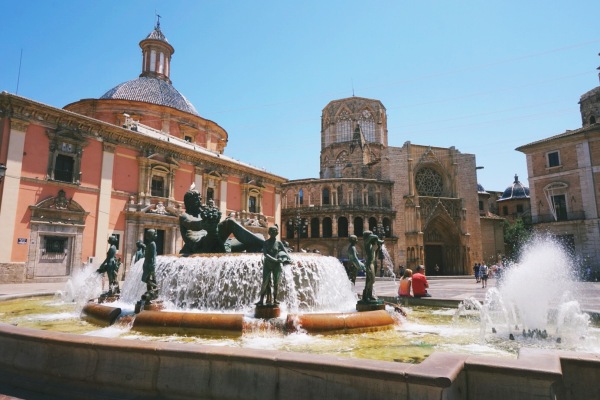 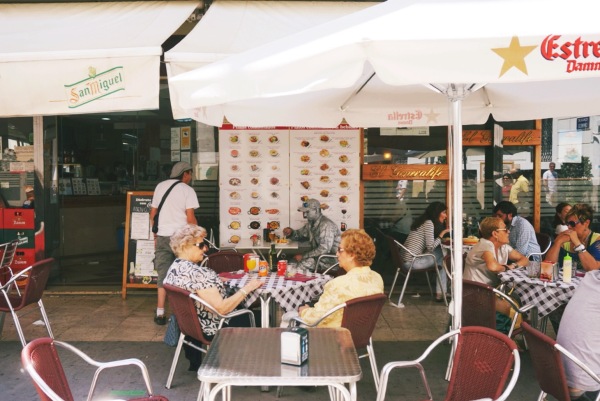 After leaving this part of the city but before leaving Valencia altogether, we made a breezy five-minute stop at the modern City of Arts and Sciences for a quick photo-op. Unfortunately, in preparation for a concert, all but one of the water pools were drained, but just one was enough to afford this incredible sight. 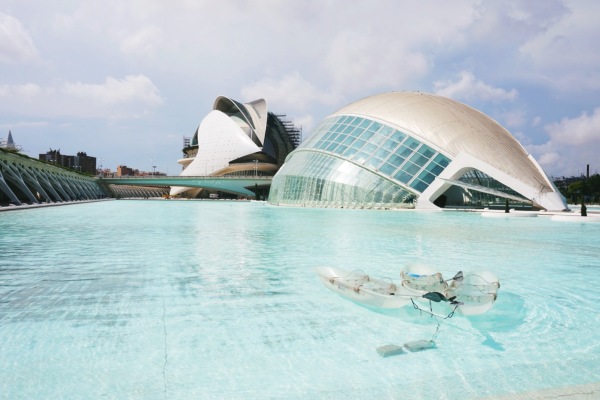 We were off to Alicante, a seaside city with Moorish history, next where we would spend the night. Our hotel rooms were actually apartments with two bedrooms, two bathrooms, a kitchen, and living room! It was a surprisingly large amount of space considering only two people were assigned to each apartment. We didn’t spend too much time in our rooms though because we were given the option to spend some time in downtown Alicante for dinner. This option came with a 10 €/person extra transportation fee, however, which didn’t sit well at first, but the sights and experience exploring this additional city very much overshadowed the added cost. 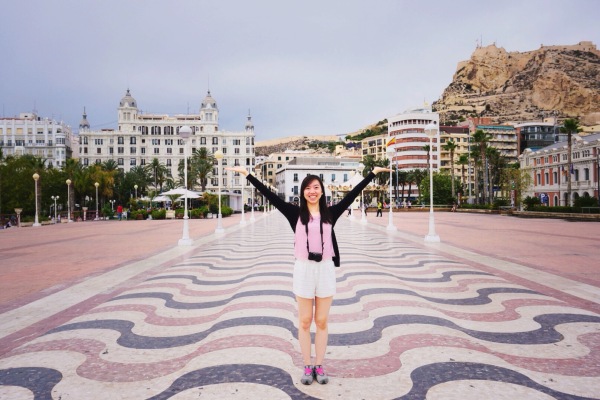 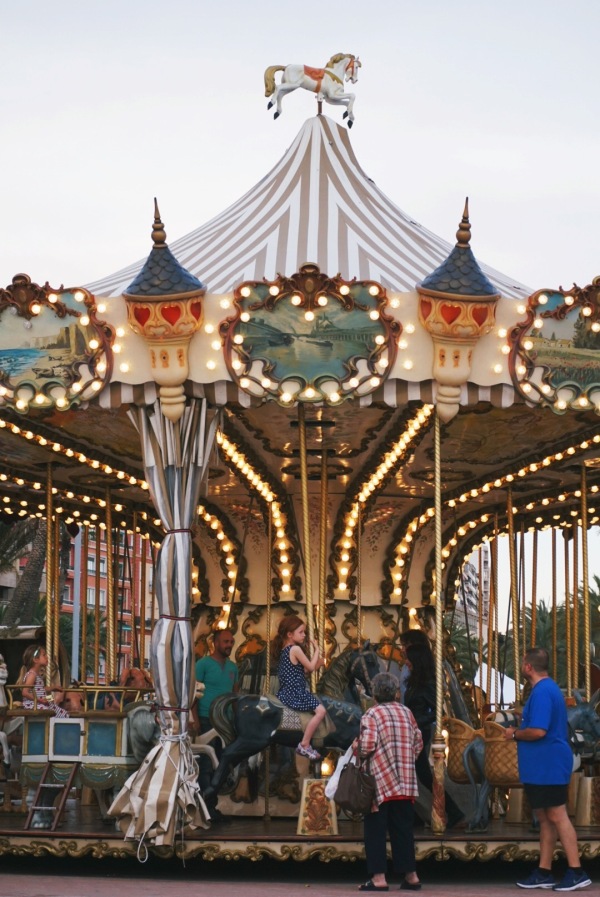 Having enjoyed my first day with this tour group, I was reassured and ready for the rest of a great adventure.