Since our hotel for the first two nights was in the L’Hospitalet de Llobregat district on the west side of the city proper, we spent our first full day in Barcelona exploring the nearby Montjuic area. As the site of the 1929 World Fair and 1992 Olympic Games, Montjuic is a large, broad hill home to numerous points of interest.

To fuel our morning, we ate breakfast tapas-style by divvying up some Starbucks pastries we had bought the previous night. We then rode the metro to Plaza Espanya and from there rode a bus to the top of the hill, where we took in panoramic views of the city atop the Castell de Montjuic. Having arrived just a few minutes before the old military fortress opened for the day, we were among only a handful of other visitors. But the relative quiet and solitude of the fortress were enlivened by a flock of sparrows that zipped and tweeted around its walls. Also commanding attention was the tremendous La Sagrada Familia, which easily dwarfed all other buildings and dominated the cityscape.

On our way up the “mountain” (Montjuic meaning Jew Mountain), we had seen many people jogging uphill for admirable morning exercise; however, since we were on vacation to relax, we had opted to ride the bus up and leisurely walk downhill, making stops at different attractions along the way. We passed through a few gardens on our descent but most significant was a visit to the Olympic Park. By peaking through the gates, we glanced inside the Estadi Olímpic Lluís Companys, the stadium used for the opening and closing ceremonies of the 1992 Summer Olympics. The rest of the Olympic Park contained open grassy spaces, on one of which a father and his two sons were playing some sort of ball game; waterfalls with surrounding benches, on one of which another admirable exerciser was doing his ab work-out; and the awe-inspiring Torre de Comunicacions de Montjuïc, a piercing white communications tower that was used to transmit television coverage of the Games. 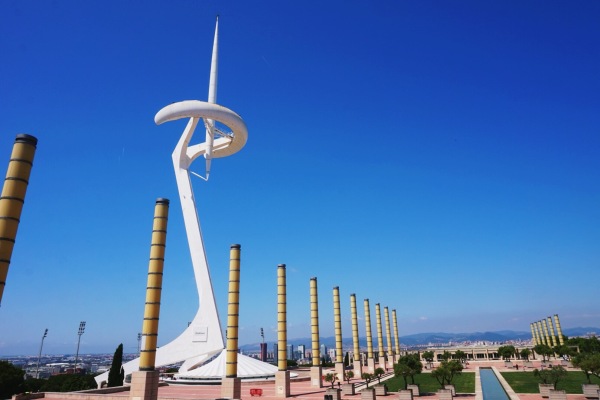 Dodging the heat of midday, we made our way to the bottom of the hill, where we had lunch at a nearby Granier bakery-cafe.

Turns out Athletic Bilbao was playing FC Barcelona that night in the Copa Del Rey Final, Spain’s soccer cup, and there was a huge organized event with alcohol and mega-sized TV projections for people to watch the match live right on the steps leading up to the Museu Nacional d’Art de Catalunya. We just happened to be there to witness the frenzy! Flags were a waving, cars were beeping a specific rhythm, music was blasting, and jugs of sangria were ubiquitous. Honestly, it was annoying to have to squeeze through the crowds to get to the museum, but once we got inside, the contrast was stark. The museum, despite free admission, was quite empty! 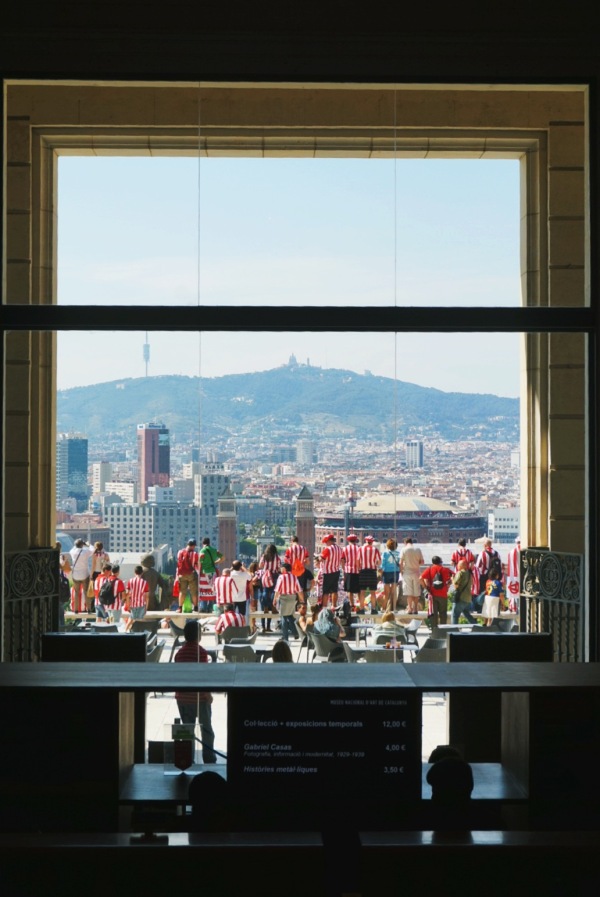 Although I thought the collection in the museum was pretty standard, it did afford a great view of the festivities outside. 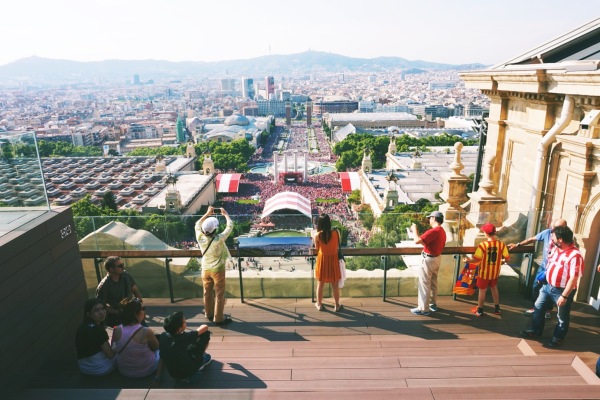 Unlike for lunch, I had done some prior Yelp research as to where to eat for dinner. Using Dad’s GPS, we navigated our way on foot to La Tasqueta De Blai in the Poble Sec neighborhood for 1 € pintxos. Being self-service, there was a whole line-up of pintxos to choose from. All you had to do was pile them onto your plate and count up the individual skewers at the end for the bill. We got there relatively early, but the small restaurant filled up quickly and even a large food tour group stopped by. I loved being able to eat with my eyes first, and with such high quality ingredients, each pintxo was superb. This meal is definitely one of my favorites of our entire trip! 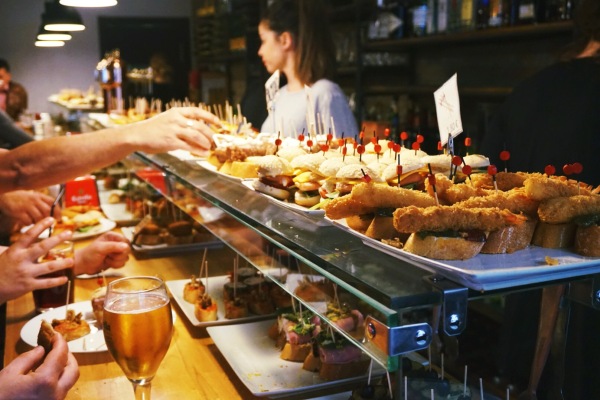 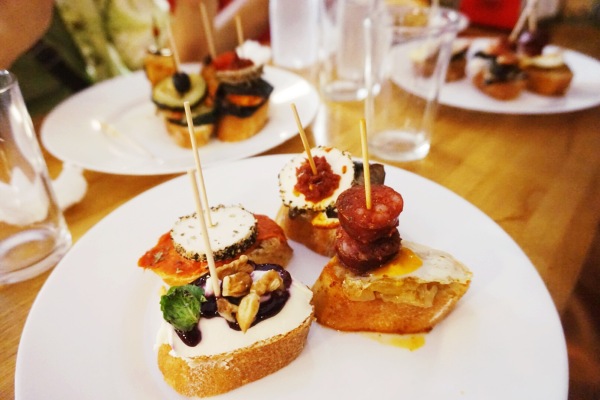 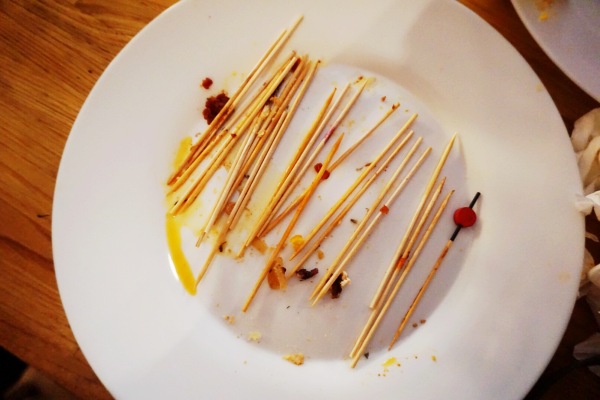 Next on the itinerary was to watch the Magic Fountain showing at 9pm, but to pass the time till then, we went for a loop inside the bull fighting arena turned shopping mall, Las Arenas Shopping Mall. Then we waited outside along with a crowd of others for the Magic Fountain show to begin. At 9pm when the show didn’t start, we waited patiently till 9:05… 9:15… 9:30… but still no show. Turns out because of the soccer event, the show was canceled! (But thankfully, we did get to see the Magic Fountain show upon our return to Barcelona a week later. More on that in a later post!)

Slightly disappointed, we left the rather trashed area surrounding the Magic Fountain and called it a night.

One thought on “Day 2: Barcelona”