Ice cream is one of my favorite desserts because it’s so versatile and timeless. Shake it with milk, float it in soda, layer it in cake, blanket it in mochi, sandwich it between two cookies… I could literally blog about just ice cream variations for the rest of summer! Growing up, I loved eating those black and white ice cream sandwiches and so in honor of July being National Ice Cream Month I originally wanted to pass along a more adult (aka health-conscious) version, starring buckwheat flour.

I was impressed by its sandwich cookie recipe because it called for such healthy ingredients, but perhaps one too many. The texture of the cookie layer was quite accurate, but I couldn’t get over the overwhelming buckwheat flavor. Saddened by this unexpected turn of events, I no longer wanted to continue on the ice cream sandwich route, but still had a pint of Haagen Dazs’ Vanilla Swiss Almond ice cream waiting to be opened… And that’s when Smitten Kitchen’s new post on grilled peach splits popped up as the first thing in my FB newsfeed!

We just bought a carton full of white nectarines, so their new post couldn’t have come at a better time! With all the coziness of a peach cobbler a la mode, this lighter version really makes the fruit the star of the show. 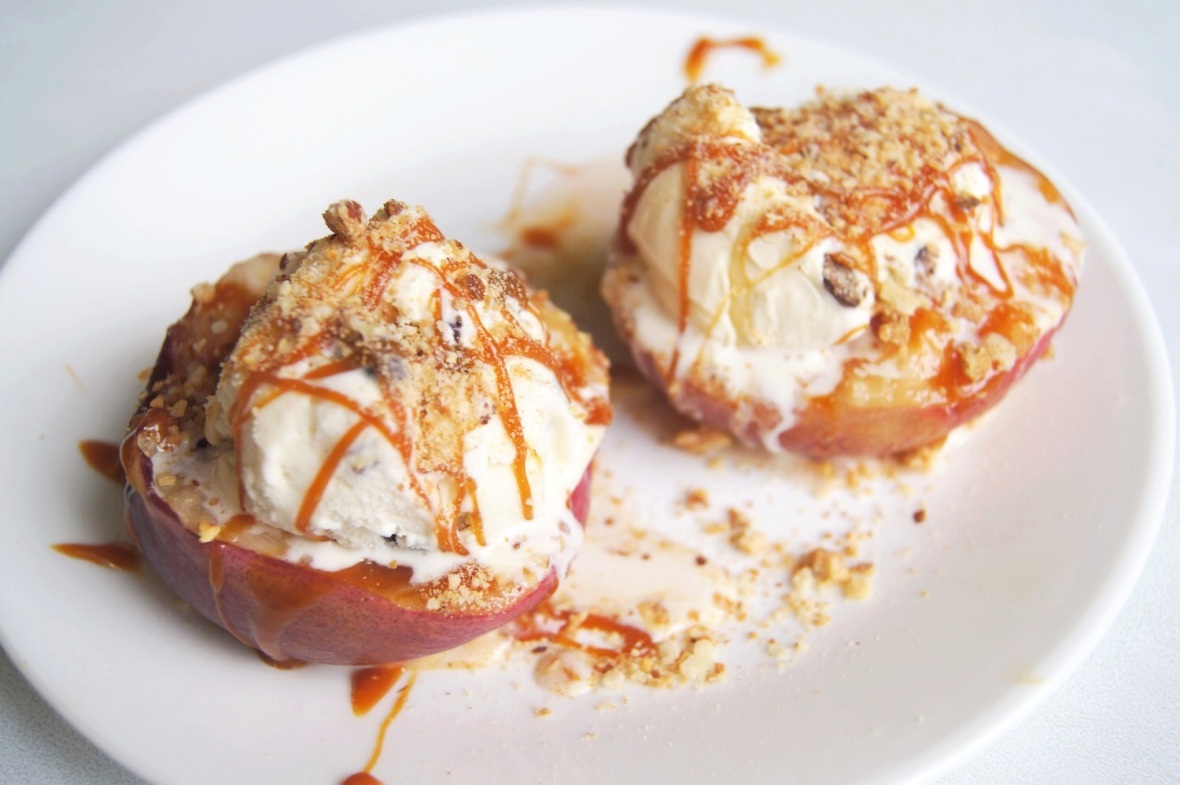