It’s the first Friday in June, which means… It’s National Donut Day! With 26 Krispy Kreme stores in Florida, it’s just too bad the nearest one is an hour drive away. Well good thing for us, we know how to bake. 😉

Being the macaron aficionados we are, we sprung into action when almond flour went on sale, splurging on two bags. That was two semesters ago (and having made macarons 4 times since), we still had a bag and a half left… So although there were a lot of other samoa donut recipes floating out their on the word wide web, we decided to go with this one since it made good use of our bounty of almond flour. Turns out almond flour gives doughnuts a really great consistency and texture! Overall, super satisfied with this recipe, but would make a few changes if I were to make this again:

Although Peanut Butter Patties have been my childhood favorite, Samoas are definitely rising in the ranks. Happy National Donut Day everybody! 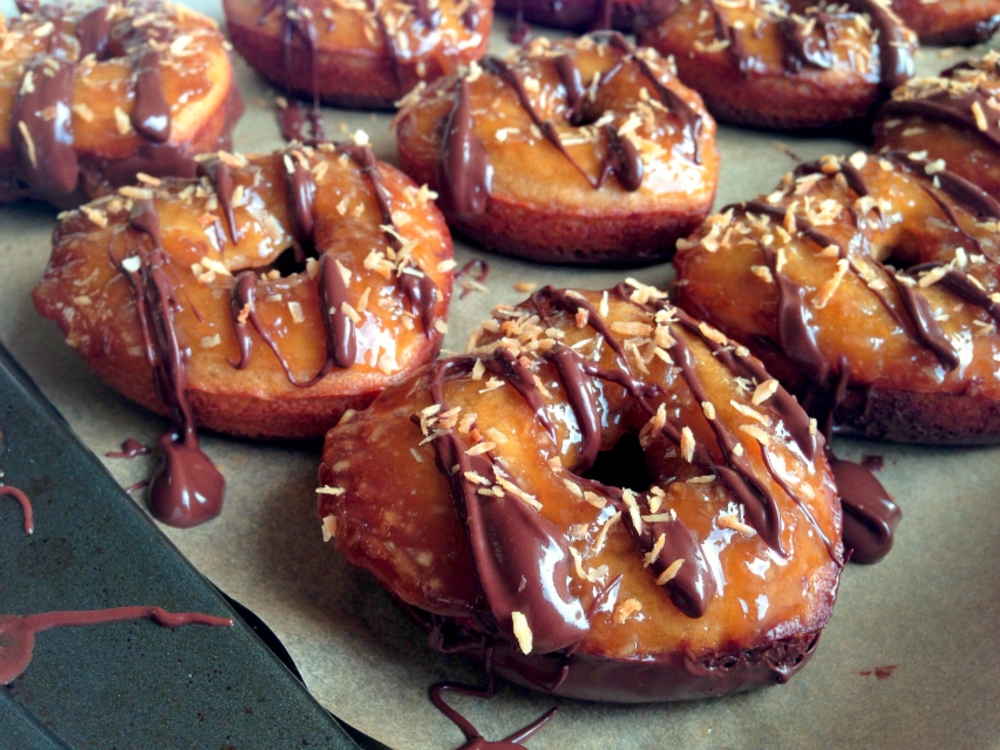