Day 2 just so happened to be a very “New York” day. We waited in line for Cronuts, shopped in Soho, ate pizza in Times Square, watched a Broadway show, and then sought out some good ole NY cheesecake. But Day 3 (unintentionally) followed quite a different theme as it was Flushing by day and Koreatown by night. About a 40 minute metro ride from Times Square, Flushing’s Chinatown is said to have grown to become the world’s second largest and upon surfacing from the subway station I could definitely believe it. With businesses galore, I’m glad we did our Yelp research beforehand. Super hungry for dim sum and equipped with an empty stomach, we headed straight to Asian Jewels Seafood Restaurant for brunch.

Our meal started off to a rocky start as Felicia strayed from our usual dim sum dishes and went for some fish thing stuffed in a super spicy pepper… But after that minor stumble, it was onto endless green tea, cha siu baos, and black sesame yuan xiao! However, it was not so much the food that transported me back to China China, but the ambiance that made this place a true jewel of Flushing. 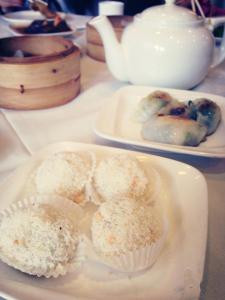 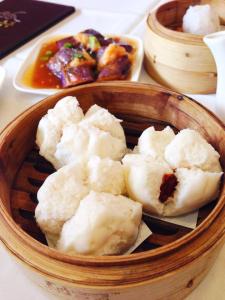 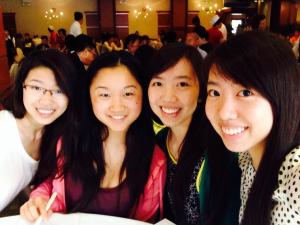 Now every meal needs a sweet ending and knowing of the bounty that Flushing’s bakeries had to offer, Felicia and I conscientiously toned down on the desserts at dim sum (or else Amy I would have totally jumped on your trade offer for that lotus seed bun!). And to give ourselves a little more time to digest, Amy had a great and practical idea, suggesting we finally get those haircuts we’ve been talking about needing greatly but never had time to get. After scoping out a multiple salons, we knew we found the right one as we walked in to “Let It Go” playing in the background. 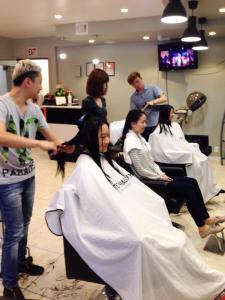 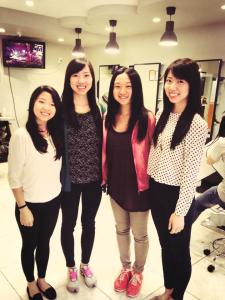 Happy with our new do’s, we were finally off to our Yelp researched bakery, Taipan Bakery. We were initially intrigued by this place because of their egg tarts (but their cakes are also quite unique). After having Portuguese egg tarts (note: quite different from Hong Kong egg tarts) for the first time in Macau over 2 years ago, I’ve been craving them ever since (they’re also a favorite of Amy’s mom)! 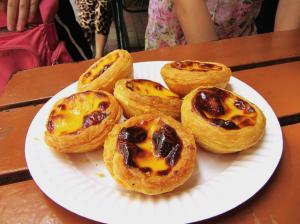 Hot, flaky, and vanilla-y, these beauts are one of my favorite desserts! (in Macau)

Egg tarts at Taipan Bakery supposedly came in multiple flavors, such as almond, papaya, green tea, and even egg white while their cakes came in fruity varieties like mango tofu, fruit taro, and honeydew mousse. 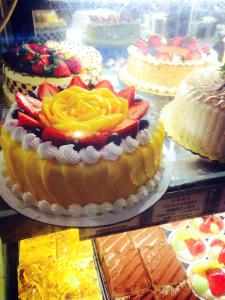 Although we did see the impressive mango cake when we got there, we were disappointed by the absence of individually sized portions and lack of specifically Portuguese egg tarts. But having just passed a bakery Felicia and I went to on our last trip to Flushing (and loved but had forgotten the name of), I can’t say I was too sad as this meant I now had stomach space for Iris Tea & Bakery instead! 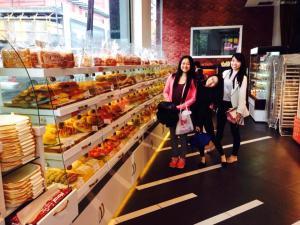 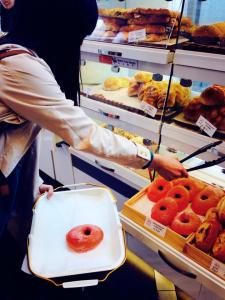 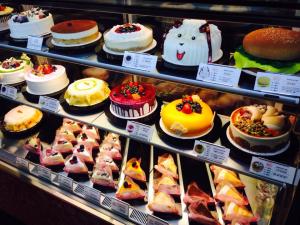 Amy and Dee decided on the matcha red bean and cream roll, but having gotten that last time Felicia and I eventually decided to share the Japanese raspberry bread (only $1.75) and taro cube (only $2.75). The Japanese raspberry bread was made with fresh raspberries and the similarly the taro cube was made with fresh taro and you could really taste the difference from their typical jam and paste counterparts. 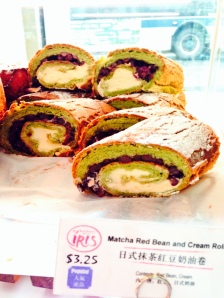 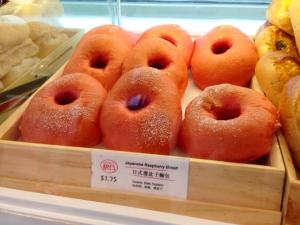 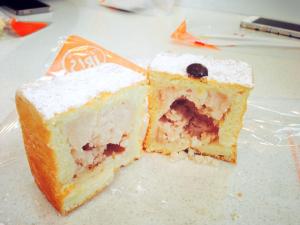 And although these pastries were more than satiating, our long-standing desire for egg tarts still hadn’t been met, so the bakery crawl continued. After wandering through a few more bakeries, we finally found one that looked promising. With poster sized pictures of both Portuguese egg tarts and Hong Kong egg tarts, New Flushing Bakery looked like the real deal. 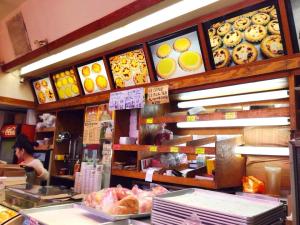 Amy got a box of 8 to take home to her mom, while Dee, Felicia, and I each got one to try then and there. But sadly, these egg tarts were far from Macau standards. For one, they were served at room temperature so the puff pastry crust ended up being soggy rather than crisp and flaky. For two, the custard part itself tasted way too creamy, almost butter-like with really no egg flavor at all. Guess I’ll just have to take another crack at making them myself (or fly back to Macau :P) 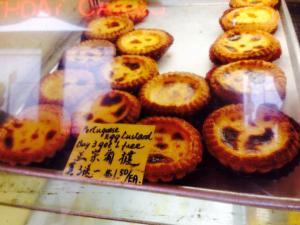 Our original biking in Central Park plan was foiled by the rainy weather, so a 40 minute metro ride brought us back to Manhattan and headed for Koreatown where we had planned to meet Pan-Asian Dance Troupe alums for dinner at Kunjip. Amy, Felicia, and I got to the restaurant 30 minutes early and good thing too because it took over an hour to get us seated. This place is extremely busy and they operate at a pace to match.

To elaborate, there’s a whole team of employees who just organizes the flow of people. We were shuffled to the back of the restaurant to stand and wait for a table. Meanwhile, a lady shoved menus at us (multiple times) so we could decide what we wanted and took down our order. When we finally got seated, the food was brought out almost immediately after and before we were done eating the check was brought over and we were asked if we wanted to take any of it to-go. Talk about operating on super speed! I’m sure if you like Korean food, you’d probably like this place as the line was constantly out the door throughout our whole time there but personally I thought my Sanche Bibimbob was pretty flavorless. 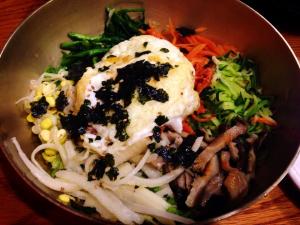 Since we were scurried out of Kunjip, we headed next door to Food Gallery 32, which had a Red Mango! But being in Koreatown, this wasn’t just any Red Mango; this location had unique flavors like, Green Tea, Mango Greek, and Honey Badger and toppings like lychee! 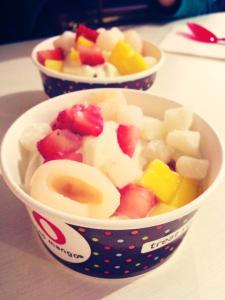 It was nice to catch up with alums and even meet a new alum, but as the rain fell harder and flash flood warnings sent our phones ringing, we each went our separate ways with best wishes and promises to visit again. 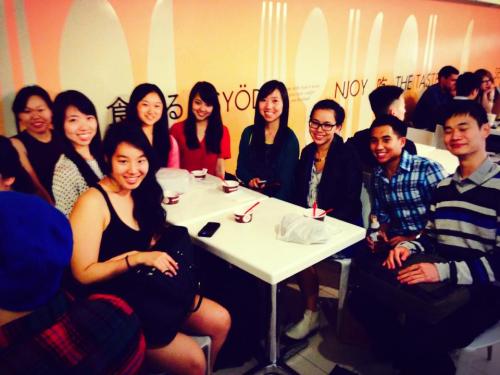 One thought on “A Very “Asian” Foodie Day in NYC”